Repeating mistakes: why the plan to protect the world’s wildlife falls short 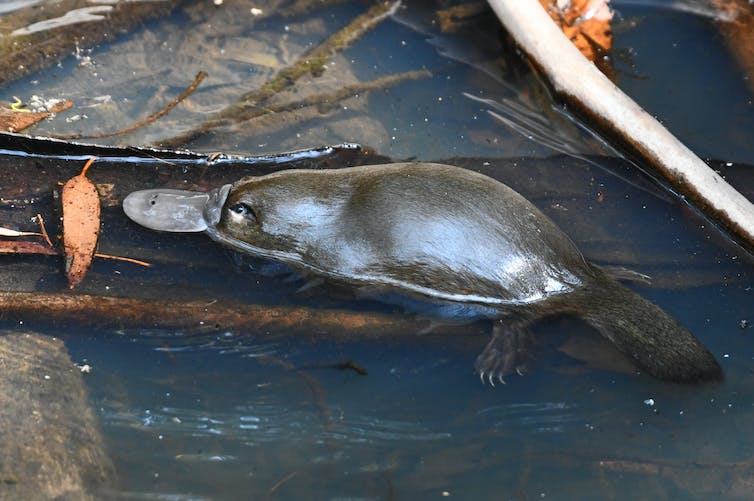 These numbers are overwhelming, but a serious global commitment can help reverse current tragic rates of biodiversity loss.

This week the UN’s Convention on Biological Diversity released a draft of its newest ten-year global plan. Often considered to be the Paris Agreement of biodiversity, the new plan aims to galvanise planetary scale action to achieve a world “living in harmony with nature” by 2050.

But if the plan goes ahead in its current form, it will fall short in safeguarding the wonder of our natural world. This is primarily because it doesn’t legally bind nations to it, risking the same mistakes made by the last ten-year plan, which didn’t stop biodiversity decline.

A lack of binding obligations

The Convention on Biological Diversity is a significant global agreement and almost all countries are parties to it. This includes Australia, which holds the unwanted record for the greatest number of mammal extinctions since European colonisation.

All other, otherwise sensible, provisions of the convention are limited by a series of get-out-of-jail clauses. Countries are only required to implement provisions “subject to national legislation” or “as far as possible and as appropriate”.

The convention has used non-binding targets since 2000 in its attempt to address global biodiversity loss. But this has not worked.

The ten-year term of the previous targets, the Aichi Targets, came to an end in 2020, and included halving habitat loss and preventing extinction. But these, alongside most other Aichi targets, were not met.

In the new draft targets, extinction is no longer specifically named — perhaps relegated to the too hard basket. Pollution appears again in the new targets, and now includes a specific mention of eliminating plastic pollution.

Is this really a Paris-style agreement?

I wish. Calling the plan a Paris-style agreement suggests it has legal weight, when it doesn’t.

The final Paris Agreement legally compels countries to state how much they will reduce their emissions by. Nations are then expected to commit to increasingly ambitious reductions every five years.

Read more: Raze paradise to put in a biofuel crop? No, there are far better ways to tackle climate change

If they don’t fulfil these commitments, countries could be in breach of international law. This risks damage to countries’ reputation and international standing.

The door remains open for some form of binding commitment to emerge from the biodiversity convention. But negotiations to date have included almost no mention of this being a potential outcome.

So what else needs to change?

Alongside binding agreements, there are many other aspects of the convention’s plan that must change. Here are three:

The plan’s first eight targets are directed at minimising the threats to biodiversity, such as the harvesting and trade of wild species, area-based conservation, climate change and pollution.

While this is important, the plan also needs to call out and tackle dominant worldviews which equate continuous economic growth with human well-being. The first eight targets cannot realistically be met unless we address the economic causes driving these threats: materialism, unsustainable production and over-consumption.

An abundance of evidence shows lands managed by Indigenous and local communities have significantly better biodiversity outcomes. But biodiversity on Indigenous lands is decreasing and with it the knowledge for continued sustainable management of these ecosystems.

Indigenous peoples and local communities have “observer status” within the convention’s discussions, but references to Indigenous “knowledges” and “participation” in the draft plan don’t go much further than in the Aichi Targets.

Third, there must be cross-scale collaborations as global economic, social and environmental systems are connected like never before.

The unprecedented movement of people and goods and the exchange of money, information and resources means actions in one part of the globe can have significant biodiversity impacts in faraway lands. The draft framework does not sufficiently appreciate this.

For example, global demand for palm oil contributes to deforestation of orangutan habitat in Borneo. At the same time, consumer awareness and social media campaigns in countries far from palm plantations enable distant people to help make a positive difference.

The road to Kunming

The next round of preliminary negotiations of the draft framework will take place virtually from August 23 to September 3 2021. And it’s likely final in-person negotiations in Kunming, China will be postponed until 2022.

It’s not all bad news, there is still much to commend in the convention’s current draft plan.

The plan also embraces more inclusive language, such as a shift from saying “ecosystem services” to “Nature’s Contribution to People” when discussing nature’s multiple values.

But if non-binding targets didn’t work in the past, then why does the convention think this time will be any different?

A further set of unmet biodiversity goals and targets in 2030 is an unacceptable scenario. At the same time, there’s no point aiming at targets that merely maintain the status quo.

We can change the current path of mass extinction. This requires urgent, concerted and transformative action towards a thriving planet for people and nature.